Whether it’s a mixed drink or simply an order of pop/soda, a soda gun is a necessary tool behind the bar. But where did it come from? What is a soda siphon? How do you use a soda siphon? 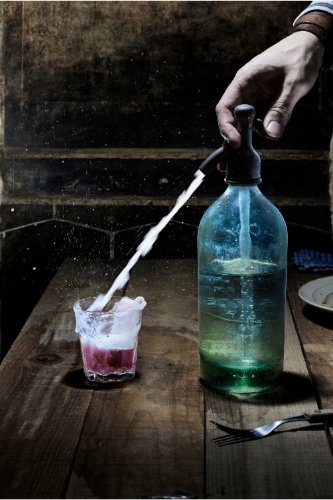 What Is a Soda Siphon?

A soda siphon is a device used to dispense carbonated water or soda. This glass, plastic, or metal bottle holds the liquid you want to carbonate. It uses pressure usually in the form of carbon dioxide (CO2) to add carbonation.

​The original patent was for a soda fountain in 1819. This device was a barrel with a pump and spigot. The carbonation was created through pressurization.

The modern-day siphon was created in 1829. This time instead of a barrel it was a bottle and a valve was used to dispense the liquid. Which in most cases was seltzer water. So the soda siphon was also known as a seltzer bottle or siphon seltzer bottle. 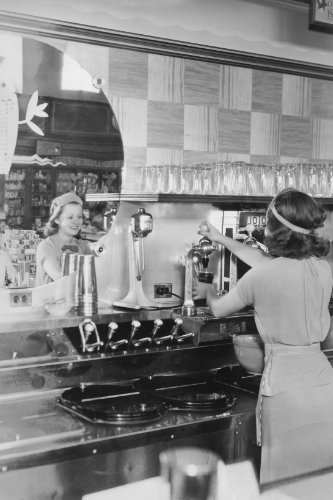 In 1863 we saw cola created and in 1888 a major breakthrough occurred when carbon dioxide was added and drinks went from pressurized to carbonated.

In 1903 soda was purchased at the counter of stores. Over time food, ice cream, malts, and milkshakes were added. In the 1920s and 1930s, this blossomed into the concept of “soda shops” or “soda fountains”.

As soda fountains died and fast food rose the soda machine began taking over bars and restaurants as the fastest way of dispensing carbonated beverages. These large machines held the non-carbonated beverage in a holding tank and when a lever was applied the carbonation would be added. Later ice tanks were added to dispense iced and carbonated beverages at once. Where big clunky machines could not fit the soda gun was put in its place. 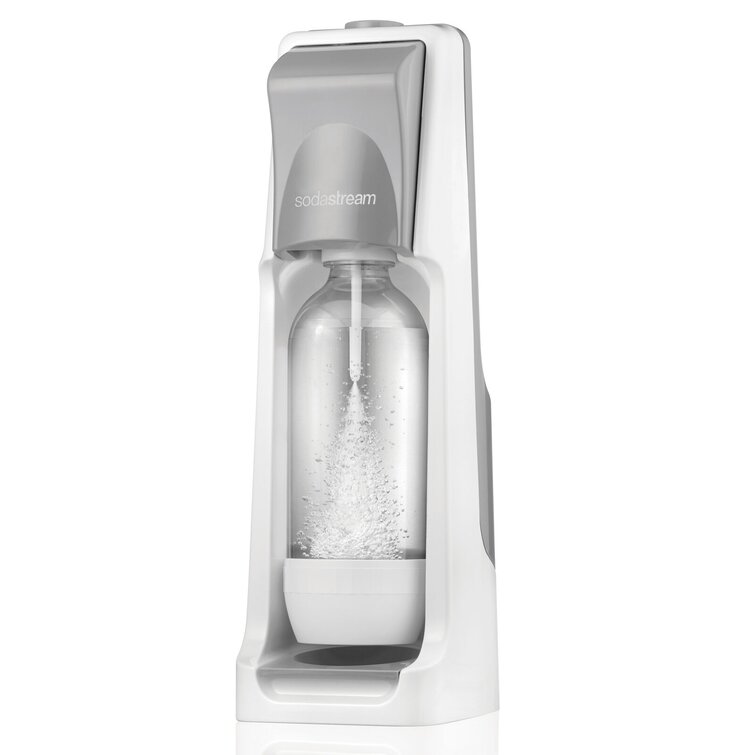 In 2009 it became commonplace for home soda machines to be used. Just like Kleenex™ became a household name for face issues. So has the brand SodaStream™ become synonymous with counter-sized soda makers.

How to Use Soda Gun 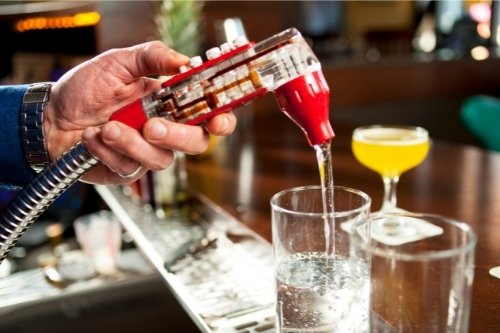 You should always familiarize yourself with the soda gun or soda machine at any new bar where you are working. Since they are not the same from bar to bar. Never assume you’ll know exactly how to operate or maintain a machine without prior training.

The concentrated liquid is usually stored under the bar or behind the machine in pouches. Which will need to be changed from time to time. The carbonation is introduced using a carbon dioxide tank. The carbonated beverage is sent up a tube to a dispensing handle. On the handle is usually multiple choices like various types of soda, juices, tonic water, and tap water. The soda is dispensed via a trigger which is why they are commonly known as soda guns.

Soda guns are always broken down at the end of the night so the nozzles can be removed and soaked!

Learn more about other important tools behind the bar in our Master Bartender course.

Looking for more information on other essential bar tools?