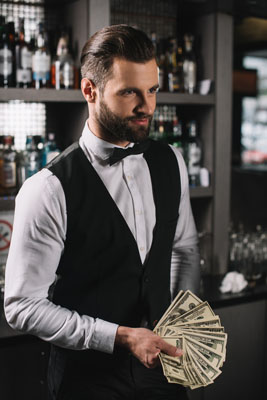 Learning how much a bartender makes is one of the very first concerns of anyone looking to start a career in bartending. But unless you know several people in the profession, it’s hard to make a real-world estimate that can adequately guide you in making an informed decision. Do bartenders make good money? Well, that depends on a lot of factors that we cover below.

For starters, searching for “bartender salary” or “bartender income” on Google leads you to general salary sites that don’t offer any real way to know the reality on the ground.

How much do bartenders make per hour these days?

As of 2021, the general agreement among salary sites about how much a bartender earns ranges from $9 to $13 per hour resulting in a computed annual wage of $24,000 on average. That is if a bartender works 40 hours a week. But it’s not often the case for bartenders to work standard full-time hours.

Many bartenders only work part-time, some work split-shifts, while others work extended shifts, especially if they are employed in established venues. That means that bartenders can pull anywhere between 24 to even 80 hours of bartending work per week.

In the United States, the real number of hours worked by bartenders can be further obscured by the fact that bartenders earn a considerable chunk of their take home pay through tips.

Understandably, someone who works more hours per week is bound to make more money in gratuities. According to the employment website Indeed, a bartender earns additional compensation of $150 per shift/day.

So, let’s circle back to the numbers above. If a bartender works 4 hours a day at the going rate of $12 an hour, this is what they will be earning in a given year:

Not too shabby for someone who works part-time.

This, however, is just one scenario. Not all bartenders work part-time and average hourly wage and tip money usually fluctuate depending on the following factors:

To help you arrive at a more realistic expectation of how much a bartender is really making, let’s explore these factors one by one.

How much does a bartender make per state?

According to the Bureau of Labor Statistics, these are the top paying metro areas for Bartenders as of 2020. 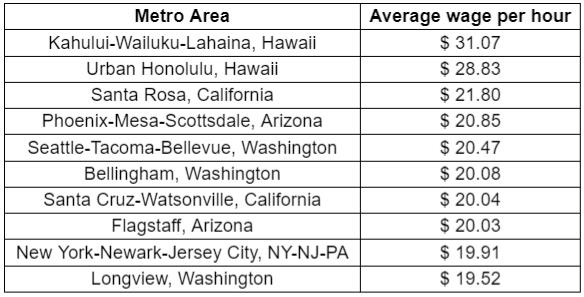 They also provide an excellent visualization of annual mean wage estimates for each state. 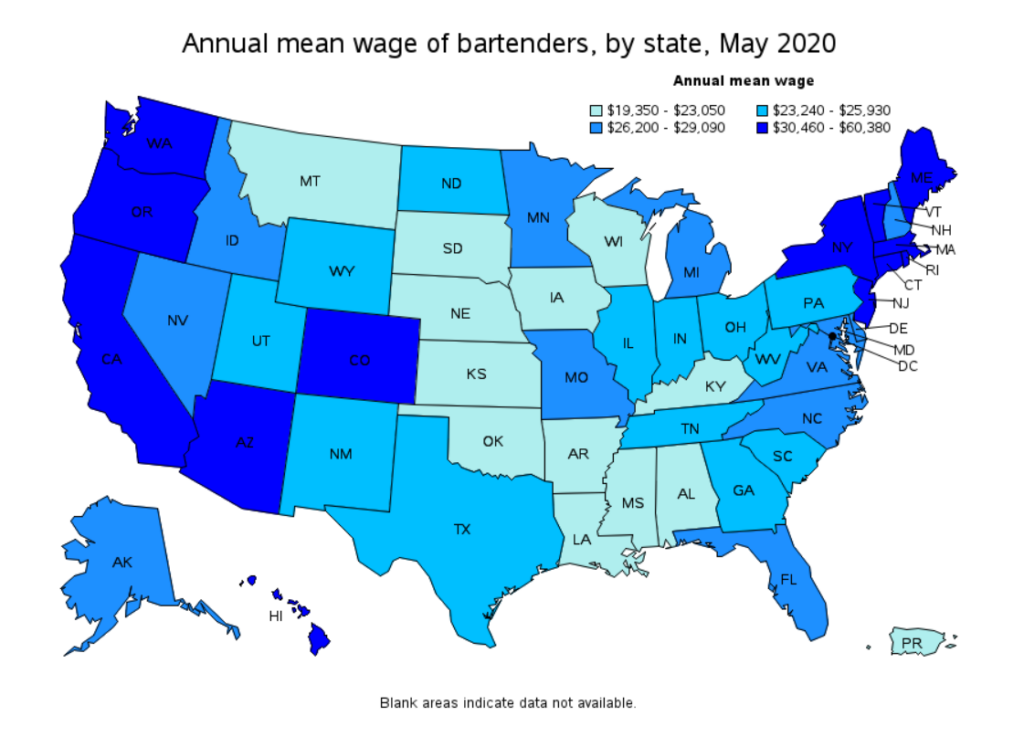 What is the Base Pay for Bartenders?

Base pay can can vary per state with it varying between $9 to $14 per hour. 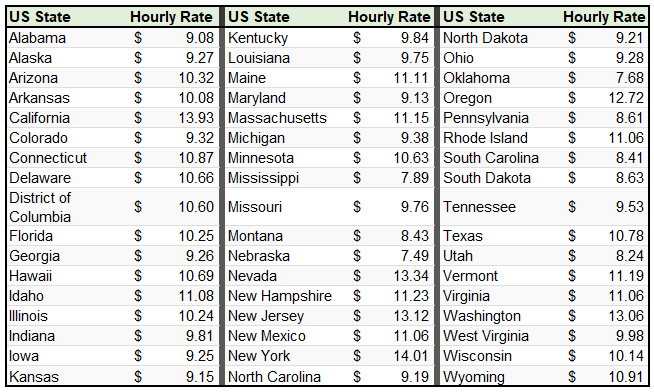 Disclaimer: The data given by third party sources above may or may not reflect actual numbers and are only meant to give you a general perspective.

It’s worth noting that some states are not required by law to pay their bartenders a minimum wage. By federal law: If an employee receives tips on the job and the sum of those tips exceed $30 per month, the employer can claim a tip credit and will only be obliged to pay a minimum cash wage of $2.13/hour under the Fair Labor Standards Act.

However, if you only earned $120 in a month in tips and have worked for 30 hours for that month, your average tip per hour would come down to only $4. Four dollars is less than the maximum tip credit in Oklahoma ($5.12). In this case, your employer would have to make up for the rest.

All in all, your employer would need to pay you the missing amount, $1.12, PLUS the minimum cash wage ($2.13) in order to abide by the state minimum wage.

Follow this link to see full data on minimum wage and maximum tip credit for tipped employees in each state.

The kind of establishment you’re employed at matters quite a lot also when it comes to determining how much a bartender will really earn.

You are more likely to serve more customers and get more tips working for crowded pubs and sports bars than for modest bars and low-end restaurants. Relatively, your income in these mid-range venues will pale in comparison to high-end hotels, clubs, and five-star restaurants where wages and tips are more generous. 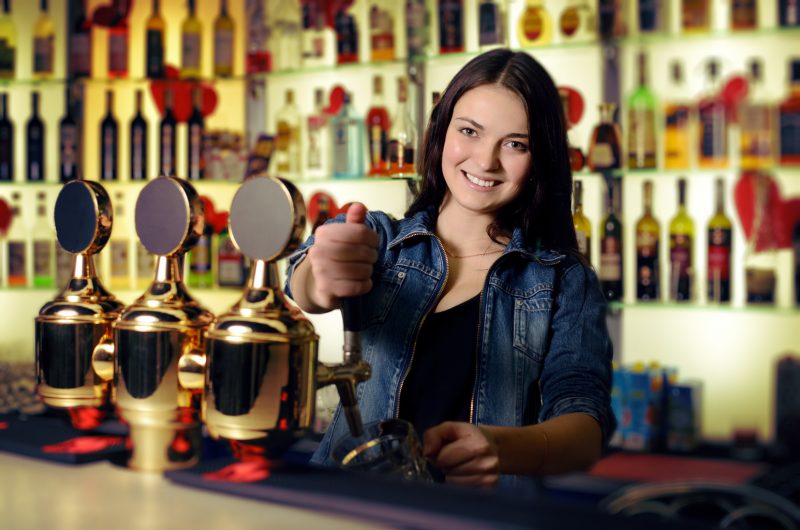 If you’re working during hours when the venue is relatively empty and there are less patrons around, you can’t hope to rake in the big bucks. That is why if you’re only going to work part time, try to be posted during the busier hours. Friday nights and weekends are great hours to be working behind the bar. Meanwhile, expect Monday, Tuesday, and Wednesday nights to be quieter than usual. But, as you can imagine, those busier hours are more competitive between bartenders and more experienced or favorite bartenders will tend to get those slots.

A skilled and confident bartender earns more as well. It’s not just a matter of being well-versed in mixing cocktail recipes. A great bartender knows how to hold a conversation, be good company, and will keep the drinks coming.

These are skills you will gradually build through the years but if you’re serious about your craft and want to start earning good money as a bartender, explore practical bartending certification courses that can help you earn both technical and soft bartending skills to build your repertoire.

How much do bartenders make? The only quick answer to this question, no matter how cliche it sounds, is “it depends.” The local laws, type of venue, the shifts you work, and the length of time you spend behind the bar all factor in to determine your overall take home pay.

But even when you’re just starting your bartending career and earning $12 per hour plus $40 in tips per shift, there’s so much potential for upward mobility in bartending if you’re willing to put in the time and effort to keep learning. 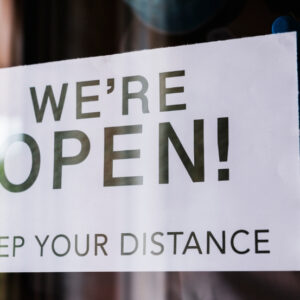 It would be best if you prepared your bar or restaurant before reopening to promote... 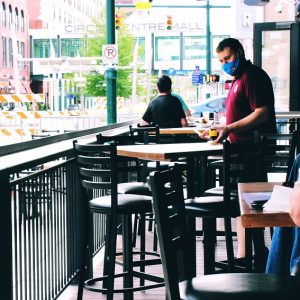 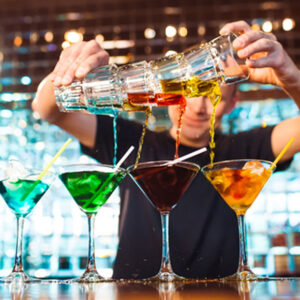 What is Flair Bartending? Flair bartending, also called flairtending, is the art of adding showmanship... 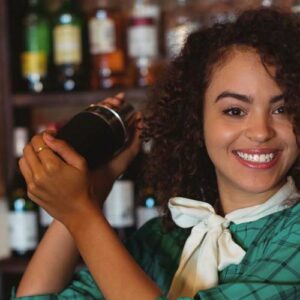 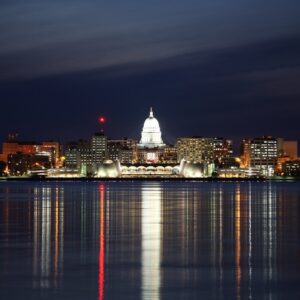 From Milwaukee to Madison we got your covered! Our Wisconsin online course is authorized and... 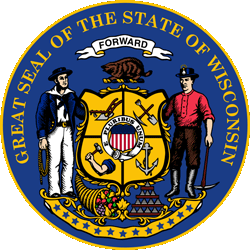 Bartending can be a fun time. It gives you the ability to work in a... 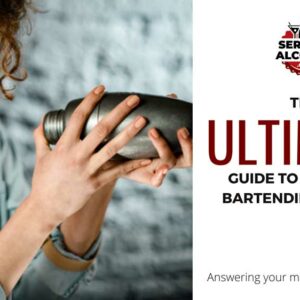 Congrats! You’re on your first day at your new job, you’re there getting started, and... 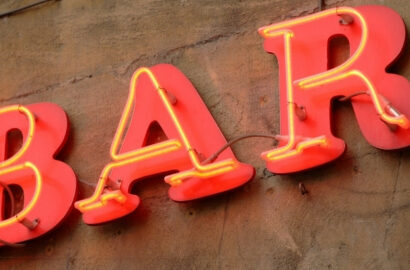 It doesn’t matter if your bar is old or new; there is one thing that will continually be changing, signage. It’s nothing something you think... Read More 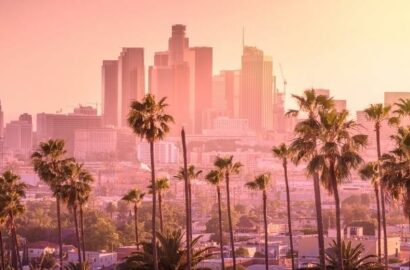 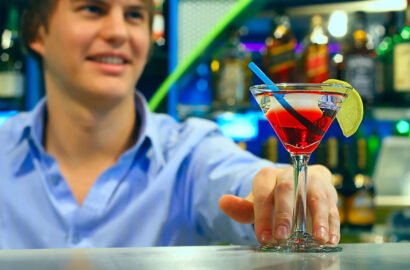 The minimum bartending age in the US varies depending on where you live.Can you bartend at 18?Each state appoints its authorized agency to regulate laws... Read More 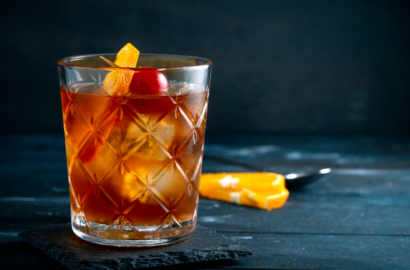 While we may not be sailing aboard large ships on risky exploratory voyages, we can still enjoy the modern day Whiskey Sour. Ships during the... Read More