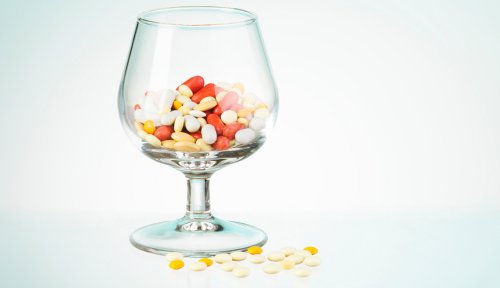 An alcoholic beverage every now and then maybe just what the doctor ordered — unless you’re taking certain medications. Downing a drink when you’re taking these drugs may produce dangerous side effects — and your risk increases as you age. Not only does the body get slower at eliminating medication, but the number of drugs you take also typically increases. Our alcohol training teaches you how and why medicines interact with alcohol.

Such as: Demerol, Percocet, Vicodin (for pain); Valium, Ativan, Klonopin (for anxiety and epilepsy); Ambien, Lunesta, Prosom (for sleeping)

Potential reactions with alcohol: drowsiness, dizziness, slowed or difficult breathing, impaired motor control, unusual behavior, and problems with your memory, according to the National Institute on Alcohol Abuse and Alcoholism (NIAAA). In rare instances, interactions can also lead to serious harm or even death. Lewis Nelson, M.D., professor of emergency medicine at NYU School of Medicine and NYU Langone Medical Center, also points out that with extended-release meds there are concerns about a reaction called “dumping of dose,” which means drinking alcohol may cause an entire day’s worth of medicine to be released into your system at once, greatly upping your risk of side effects.

Such as: Celebrex, Naprosyn, Voltaren

Potential reactions with alcohol: ulcers, stomach bleeding, liver damage. Alcohol should be avoided if taking Celebrex, in particular, because the medication already causes a higher risk of cardiovascular side effects, such as heart attacks and strokes, and alcohol increases that risk.

Potential reactions with alcohol: Occasional drinking may lead to internal bleeding; heavier drinking may cause bleeding or may have the opposite effect, resulting in blood clots, stroke or heart attack, according to the NIAAA. “The liver makes proteins that help the blood to clot, which is why even social drinkers need to be careful when taking Coumadin,” explains Amy Tiemeier, associate professor of pharmacy practice at St. Louis College of Pharmacy.

Potential reactions with alcohol: fast heartbeat; sudden changes in blood pressure; stomach pain; vomiting; headache; and liver damage (with Nizoral). While numerous antibiotics don’t interact dangerously with alcohol, some do. Alcohol also can make common unpleasant symptoms of antibiotics (upset stomach, dizziness and so on) worse, as well as reduce your energy, so it takes longer to recover from whatever is making you sick, says the Mayo Clinic.

Such as: Glucotrol, Glynase, Micronase, Diabinese 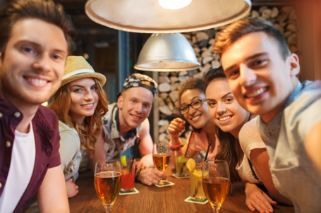 Potential reactions with alcohol: stomach upset, bleeding and ulcers; liver damage (acetaminophen, like Tylenol, and Excedrin); rapid heartbeat. “Tylenol at excessive doses can cause liver damage, and alcohol can make it cause that damage at lower levels,” says Rabia Atayee, associate clinical professor of pharmacy at UC San Diego Health. Also, many prescription meds, like Norco, contain acetaminophen, so it’s important to be mindful of taking them with alcohol. On the advice of an expert panel that reviewed new information about nonsteroidal anti-inflammatory drugs (NSAIDs) like ibuprofen and naproxen and their risks, the Food and Drug Administration in 2015 strengthened its warnings of heart attack and stroke risk increase even with short-term use, and warned the risk may begin within a few weeks of starting to take an NSAID. “Toxicities in both the heart and stomach lining can happen faster than we once thought,” says Atayee.

Potential reactions with alcohol: increased drowsiness, dizziness, liver damage from drugs containing acetaminophen. Another caveat: Many popular cold, flu and allergy remedies contain more than one ingredient that can react with alcohol. The NIAAA recommends reading the label on the medication bottle to find out exactly what ingredients a medicine contains, and asking your pharmacist if you have any questions about how alcohol might interact with a drug you are taking.

Potential reactions with alcohol: Drowsiness or dizziness. Remember that certain cough medicines contain up to 10 percent alcohol, according to the NIAAA, so imbibing in addition could greatly increase those side effects. “Patients who combine the two should never drive or operate heavy machinery afterward,” says Tiemeier. What’s more, if you’re taking a prescription cough syrup with codeine, it could result in double the trouble because the codeine (a narcotic) and the alcohol have many of the same effects on the brain.