This is a list of questions and answers to Wisconsin Alcohol Laws. These FAQ are based from rules, regulations, and laws regarding the selling/serving of alcohol outlined from sections 125.68 & 125.51 & Publication 302.

Q: Does the law 125.68(4)(c)(3) prohibit an establishment from selling an alcoholic drink in a plastic cup and allowing to leave the premises?
A: No, that law only prohibits the sale of alcohol in its original container for carry out (i.e. a bottle of wine cannot be bought at a restaurant to be carried out).
The law s. 125.51 (3)(a) and (b) requires that alcohol be sold and consumed by on the licensed premises, meaning that alcoholic beverages may not be sold in “to go” containers to be consumed elsewhere.

Q: If I have lost my alcohol serving license after completing the Wisconsin alcohol serving course who should I contact for a replacement?
A: To receive a replacement you would have to contact the vendor who contacted the class or get a copy from the municipality that issued the license. Do not contact the Wisconsin Alcohol and Tobacco Enforcement as they do not maintain training or licensing records for the Responsible Beverage Server Courses.

Q: Is it true that 24 hours before your 21st birthday you are able to legally purchase and consume alcohol?
A: No, you may not legally drink/purchase alcohol beverages or be on a Class B premises (with certain exceptions) until you are age 21.

Q: Are there any laws or regulations that prohibit patrons from bringing their infant into a bar while they are drinking?
A: There is no state alcohol beverage law (if accompanied by parent or guardian of legal drinking age, anyone under the legal drinking age may enter a bar), but individual house policy may prohibit it.

Q: Can an individual tavern owner bring a resale certificate into a grocery store and purchase alcohol/beer exempt from sales tax if their tavern ran out of an item?
A: No; as a licensed retailer, you may only purchase (and possess on your licensed premises) alcohol beverages (spirits, wine, fermented malt beverages) from licensed Wisconsin wholesalers. The same holds true for cigarette purchases. You may only purchase from a Wisconsin distributor.

Q: If a resident wants to hold a wedding and reception at their home can they get a picnic license so that they may sell beer at the wedding reception, as they think having free beer may lead people to be irresponsible.
A: There are no provisions for a picnic license except to bona fide clubs, etc. Suggest to the resident to stop serving free beer at a particular time of night and serve coffee, water, and other non-alcoholic beverages instead.

Q: Is it state law that the people I am with be carded as well as myself when purchasing alcohol from a store?
A: No, it is not a state law, but it may be house policy of some stores to ID all persons when one person is purchasing alcoholic beverages.

Q: When selling malt beverages, are they considered beer? And if so can they be sold after 9 p.m. in my store?
A: Fermented malt beverages are considered beer. Check your retail license , if it says, “For sale of Fermented Malt Beverages” you can sell these products. If you have a Class A Fermented Malt Beverage license, you may sell them until midnight, unless restricted by municipal ordinance. If the product is wine-based, you must have a liquor or wine license to sell them, and if wine it cannot be sold after 9 p.m. if you have a Class A liquor license.

Q: Can someone who holds a bartenders license and is 20 years old close a bar at night if they are there alone?

A: Yes – they are licensed as a bartender and have all of the rights/responsibilities associated with that license.

Q: Is there any type of an educational or culinary exemption for sampling of alcoholic beverages by 18 to 20 year old students? I have worked at universities in New York, Michigan, and North Carolina and all have had this exemption, along with most every other state.
A: There is no such exemption in Wisconsin law, the premises must be licensed and regular consumption age laws apply. 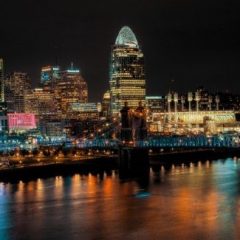 Ohio Alcohol Laws for Minors, Servers, and Bartenders Every state in the US has its...

What is Flair Bartending? Flair bartending, also called flairtending, is the art of adding showmanship... 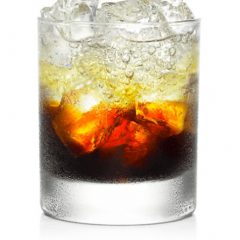 The Mind Eraser shot sounds like it would plow you under but it’s actually pretty...

How to Get Bartending Training “Do I need to attend a bartending training course or...

Bartending is a legit career choice that more and more people are considering nowadays. After...

Can I Get a Bartending License and Certification Online? Depending on where you live, earning...

The minimum bartending age in the US varies depending on where you live. Each state... 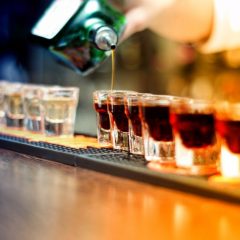 Learning how much a bartender makes is one of the very first concerns of anyone... 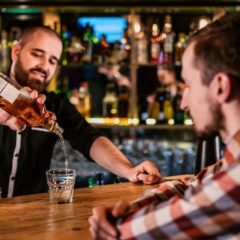