Source: MPSA
Jun 14th
Tens of Thousands Sign Petition, Send Postcards in Opposition to Dangerous Plan
The Last Store on Main Street coalition today announced that more than 21,500 New Yorkers have signed petitions and sent postcards to Governor Cuomo and members of the State Legislature in opposition to the Big Box stores’ job-killing plan to legalize the sale of wine in grocery stores, gas stations, delis, bodegas and anywhere beer is now sold.
If implemented, this change would devastate Mom-and-Pop wine stores and stunt the growth of small New York wineries, costing the state thousands of valuable middle class jobs. Additionally, the sale of wine in 19,000 new outlets would give teenagers greater access to high-alcohol products – resulting in a heightened risk of underage drinking and fatal drunk driving accidents.
“The Legislature has more than 20,000 new reasons to reject this misguided and dangerous plan,” said Jeff Saunders, Last Store founder and president of the Retailers Alliance. “This ill-conceived plan would close more than 1,000 small businesses, resulting in the loss of more than 4,000 valuable New York jobs. This plan would only benefit Big Box stores, shipping profits out of state and leaving thousands of New Yorkers without work. That is bad for New York and bad for our economy. The Legislature rejected this dangerous plan two years in a row, now they have the opportunity to send the greedy Big Box stores home for good.”
“While the Big Box stores have spent millions to fool New Yorkers into thinking WIGS will save the economy, the Legislature knows that this job-killer would hurt Main Streets across New York State,” said Stefan Kalogridis, coalition leader and president of the New York State Liquor Store Association. “Supermarkets would not create one new job just because they could stock wine instead of noodles on one of their shelves. In fact, they would put thousands of New Yorkers out of work just to boost corporate profits.”
“The Big Box stores and their allies like to argue that WIGS will help bolster the New York wine industry, but the reality is just the opposite,” said Michael Correra coalition leader and executive director of the Metropolitan Package Store Association. “Grocery stores won’t worry about stocking quality, local wine; instead, they will stock their shelves with cheap imported wines, once again sending profits out of New York State. The best way to lift the wine industry is for the retailers and the wine producers to work together with the State to promote local wines.”
No state in nearly three decades has passed legislation to allow wine in grocery stores, and at a time when the Legislature is taking measures to limit access to dangerous alcoholic beverages like Four Loko, passing WIGS would be a step in the wrong direction.
Following a recent hearing into the public health impacts of WIGS, Assemblyman Steven Cymbrowitz, Chairman of the Assembly’s Alcoholism and Drug Abuse Committee, said he remains firmly opposed to WIGS. “The testimony that I heard at this hearing confirmed that easy access to alcohol poses a serious threat to the wellbeing of our young people. We cannot allow this to happen. We have a responsibility to be proactive in identifying the prevention programs that are most successful and doing what is necessary to be sure that they are available to protect young people throughout our state.
“We currently have a problem, and making alcohol available in more locations is in direct contradiction of what is needed,” Chairman Cymbrowitz said. “It is asking for more DWI’s, suicides, unplanned pregnancies, STD’s violence and truancy.”
The Last Store on Main Street coalition is a group of small business advocates, local wine store owners, New York wineries, law enforcement, wholesalers, distributors and unions that came together in 2009 to fight the dangerous proposal to allow wine sales in 19,000 new outlets in New York State, which include grocery stores, gas stations, bodegas, delis and anywhere else beer is now sold. 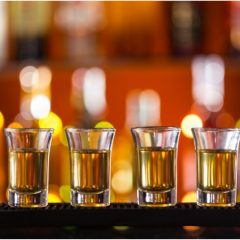 In this series, we’ll be discussing what dramshop is and what you need to know...